I’ve been gone for a while because well, as the wedding drew closer, I was just all over the place trying to make sure everything went well and according to plan. I’m now back adjusting to the daily grind and I’ve finally found this window in time to write. I’m so excited to tell you all about this trip!

Traveling is something Pocholo and I decided to do as much as we can. And Greece has been at the top of our bucket list since day one. Hence, it was easy to pick our honeymoon destination. So, we simultaneously planned the wedding and the honeymoon because we wanted to make sure we’d leave right away. And we did. By the evening of October 3 (just two days after the wedding), we were on a plane to Greece.

Our first stop was Athens. We booked a tour of the city that included a trip to the Acropolis and the museum right beside it. Our objective was to absorb as much of Greek history as we could. Boy, did we get what we asked for, and more! The museum was full of ancient Greek artifacts. I must have looked silly with my “ooohs” and “ahhhs” at each and every specimen and exhibit (not that I cared about what others would think). We weren’t allowed to take photos in a lot of areas inside the museum, so these are just a few photos from specific exhibits only.

On the balcony of the third floor of the museum, there’s a cafe that has a beautiful view of the city and the Acropolis. 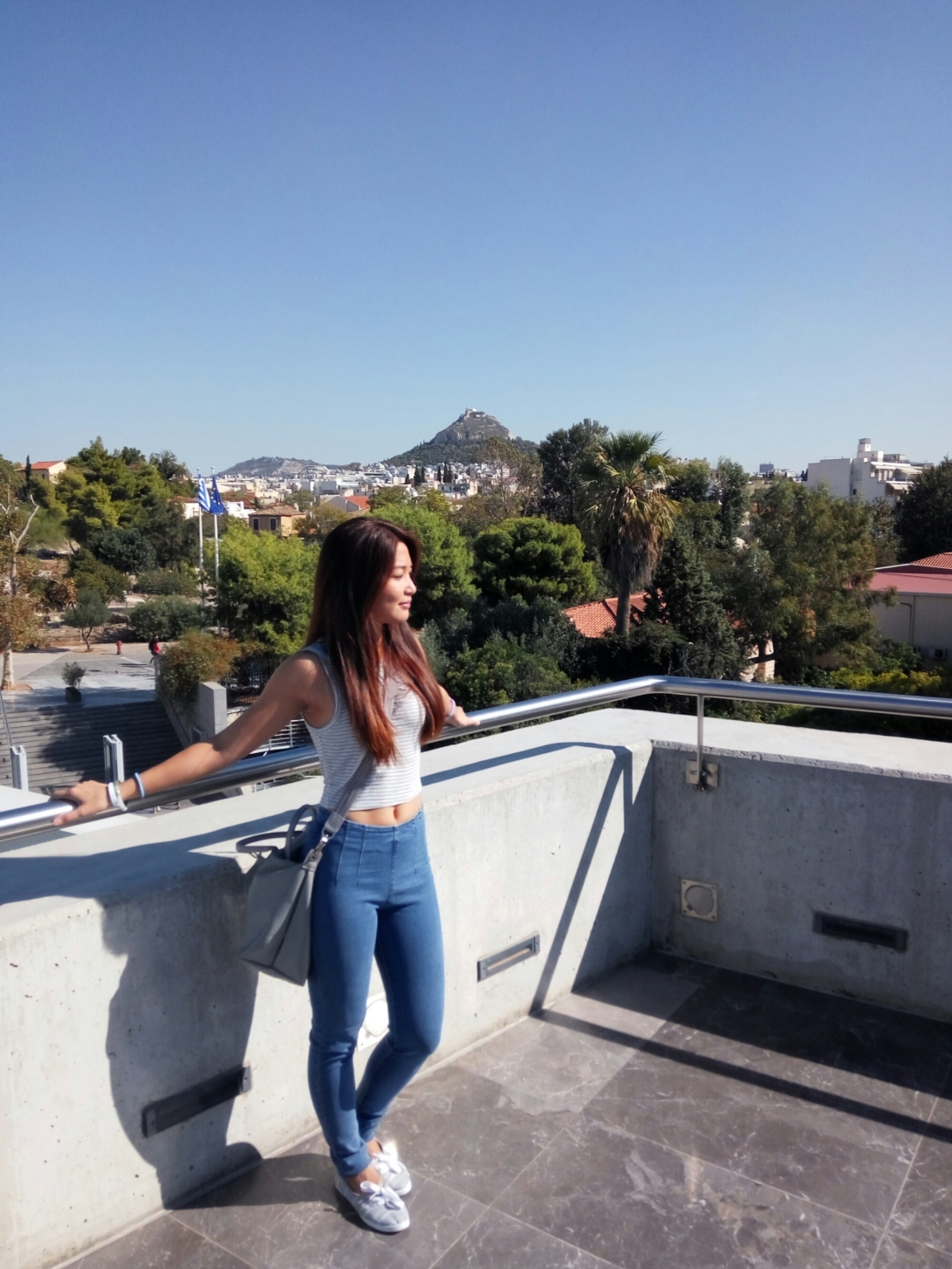 After ample time in the museum, we made our way up to the top of the Acropolis. It was quite a hike, but as soon as we got to the top, I lost all care about the scorching heat of the noontime sun on my skin, and the noise from all the masses of tourists and guides. Being amidst the majestic structure of the Parthenon and its ruins, the life-like statues likened to actual Greeks at the time, and other remnants of temples transported me to the stories and books I was very fond of as a teen. I loved The Odyssey and I fancied Greek mythology. My favorite goddess was (and still remains to be) Artemis, the goddess of hunting. I even portrayed her in one of our plays back in high school. I was so filled with wonder at the rich culture of the past that was right in front of me. History was so alive all around me, and I felt it, all of it. 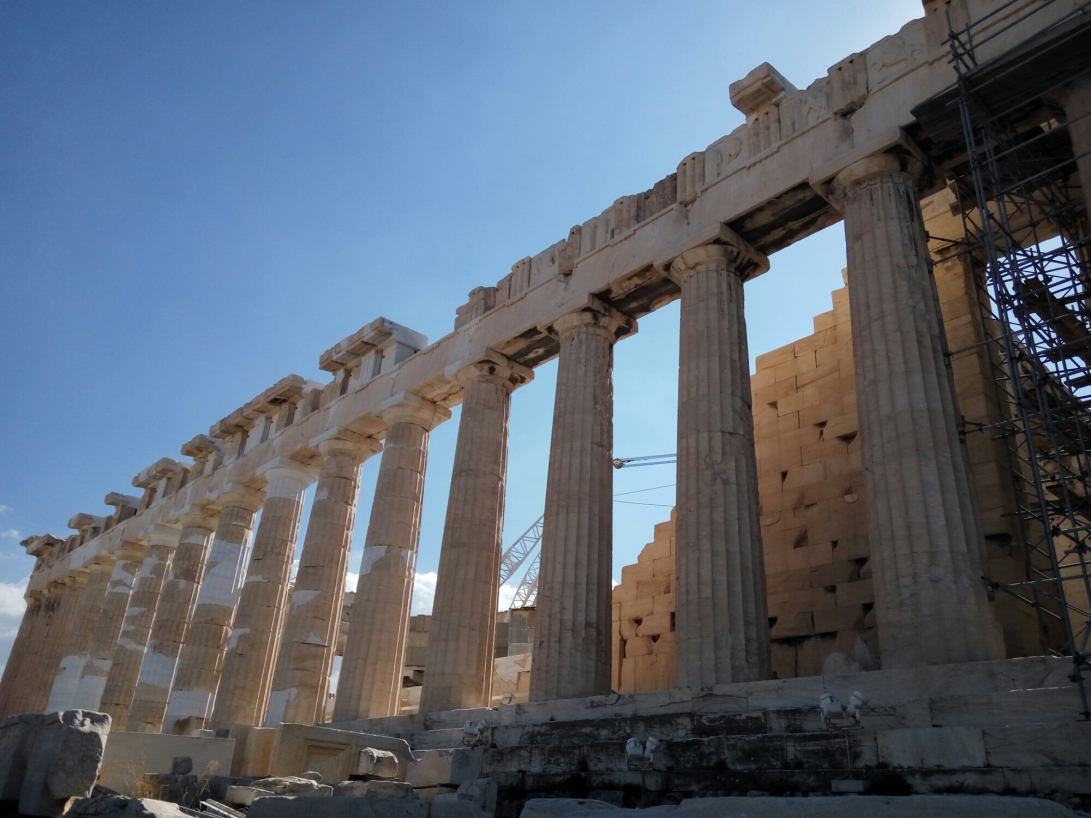 After the tour, we explored more of Athens. We walked through the city streets and did some shopping. 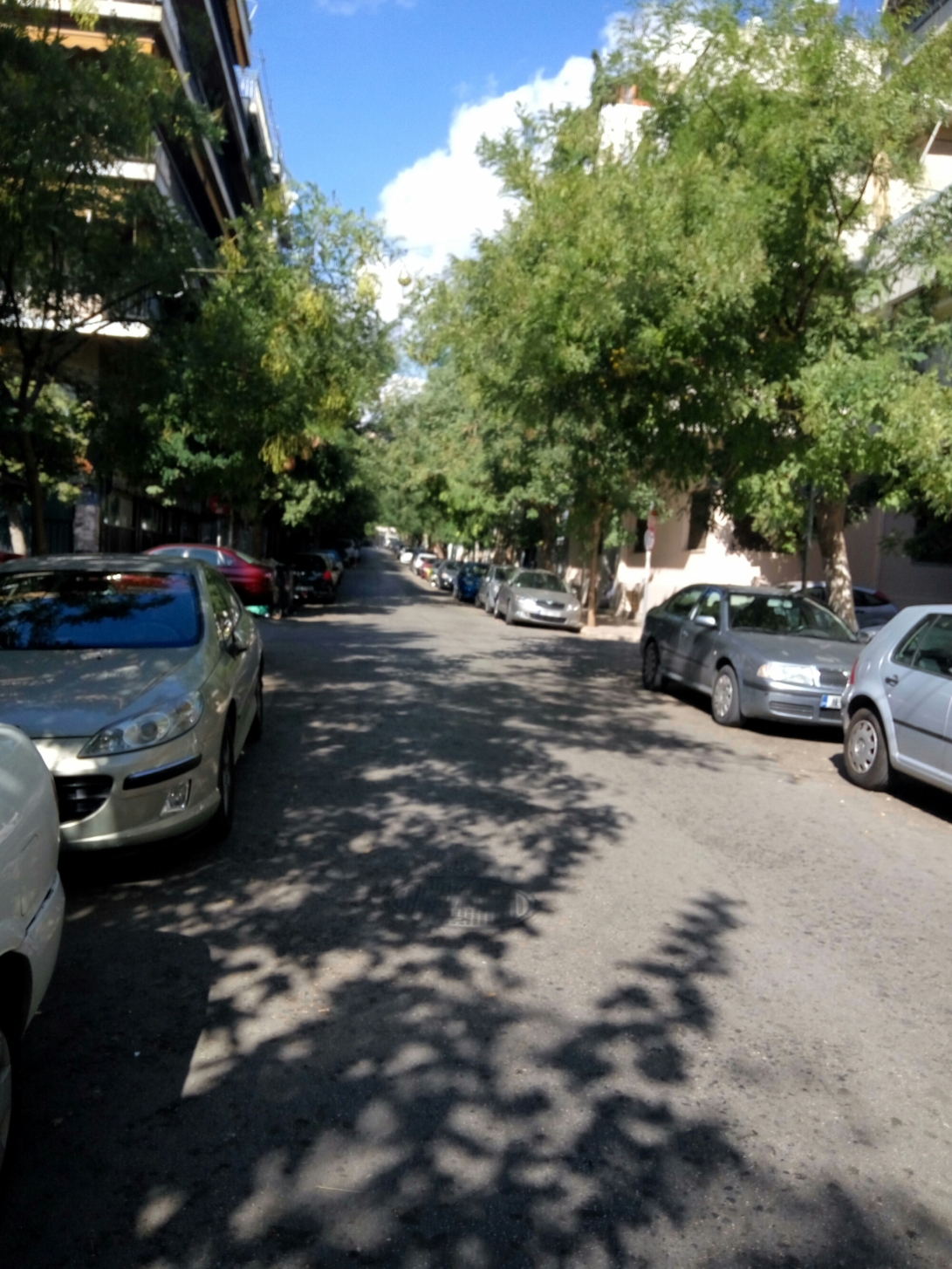 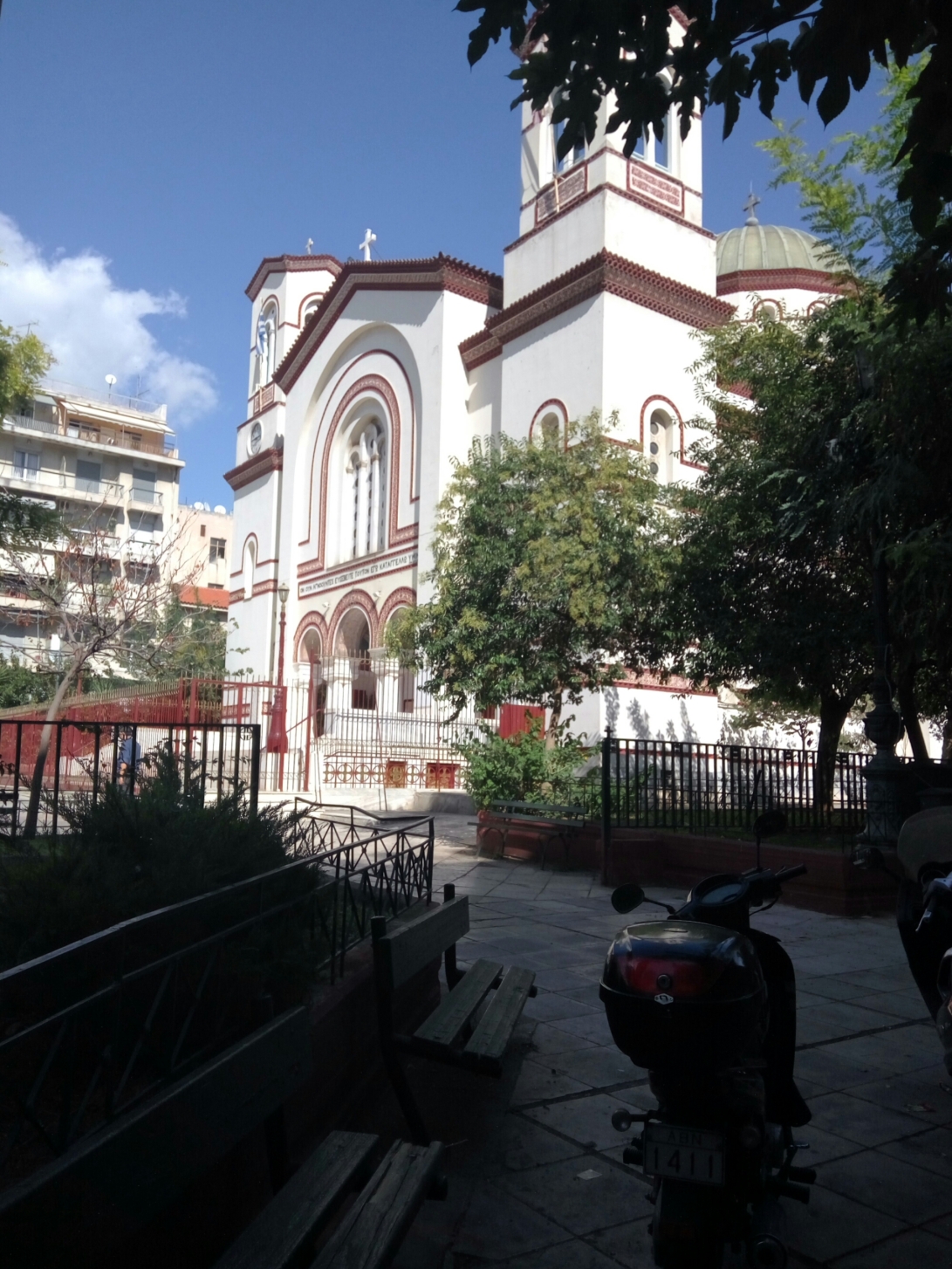 Our stay in Athens was short because we decided to stay longer in our next destination, Santorini. Yes, the beautiful, scenic, and very romantic Santorini. Where do I even begin? If you’ve seen Sisterhood of the Traveling Pants or Mama Mia, you’re no stranger to this lovely group of islands. It’s the most picturesque place I’ve ever been to. Blue and white cement houses line the down-sloping cliffs, the sun and the sky converge into a warm, dreamy glow that envelopes the whole island, and everywhere you go, you are greeted by the view of the sea and sky blending into a monochromatic tapestry of the most vivid of blues. Everything is even more captivating than in the movies. 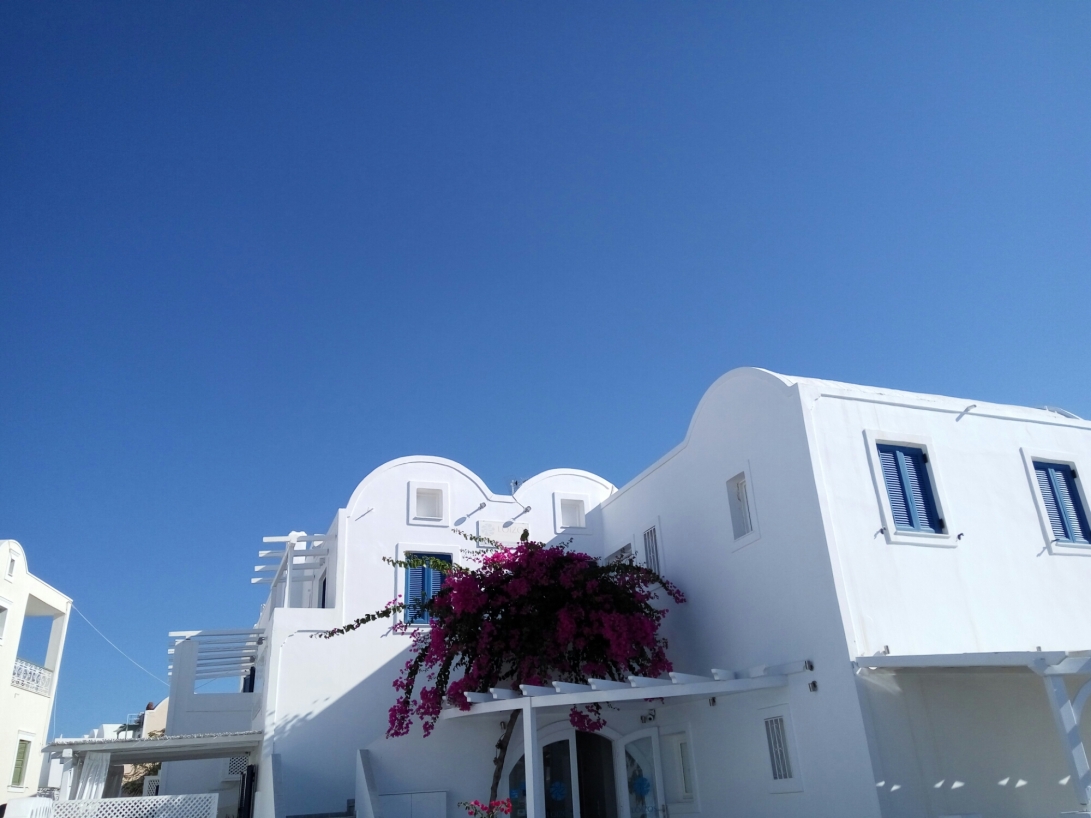 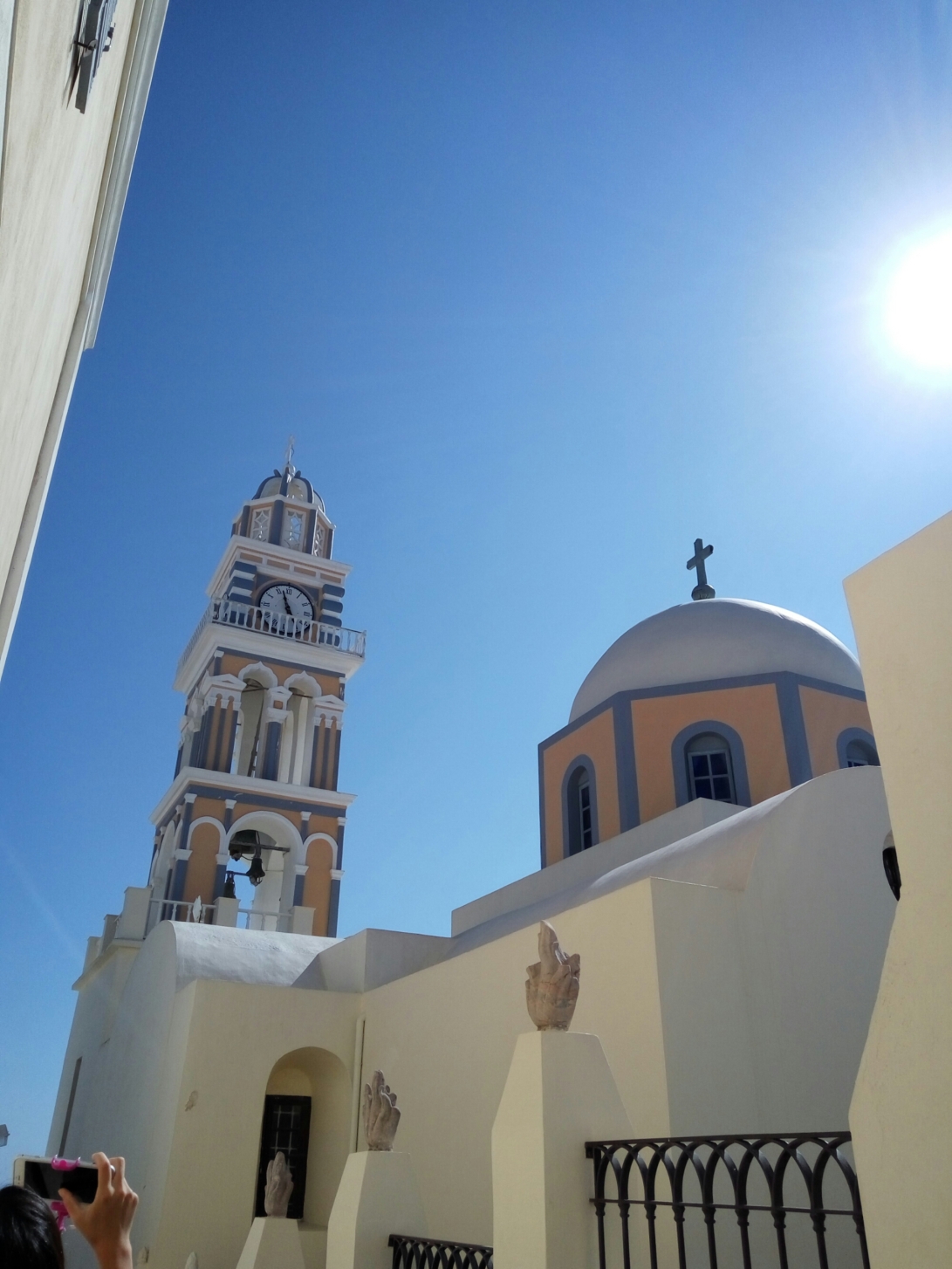 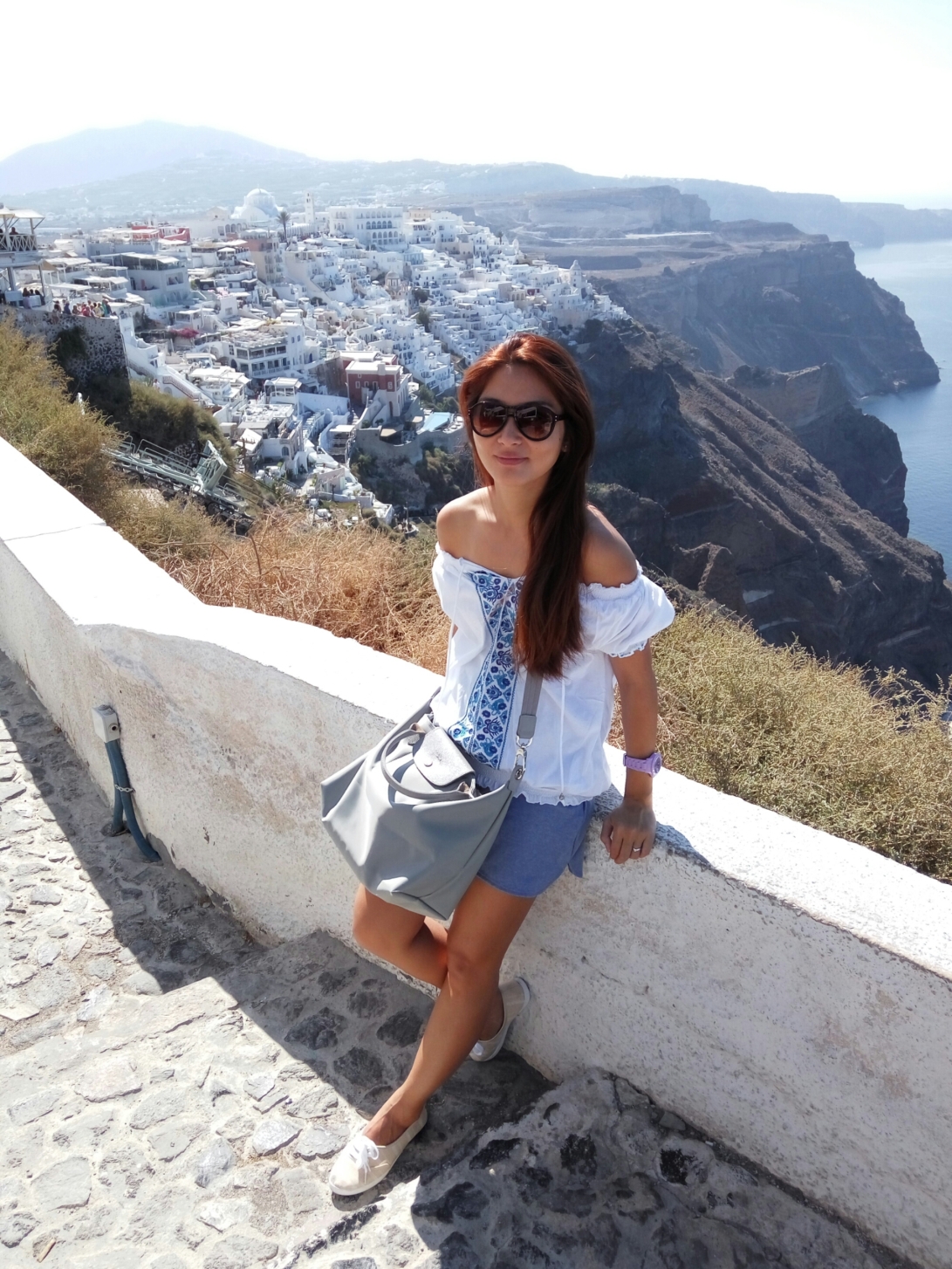 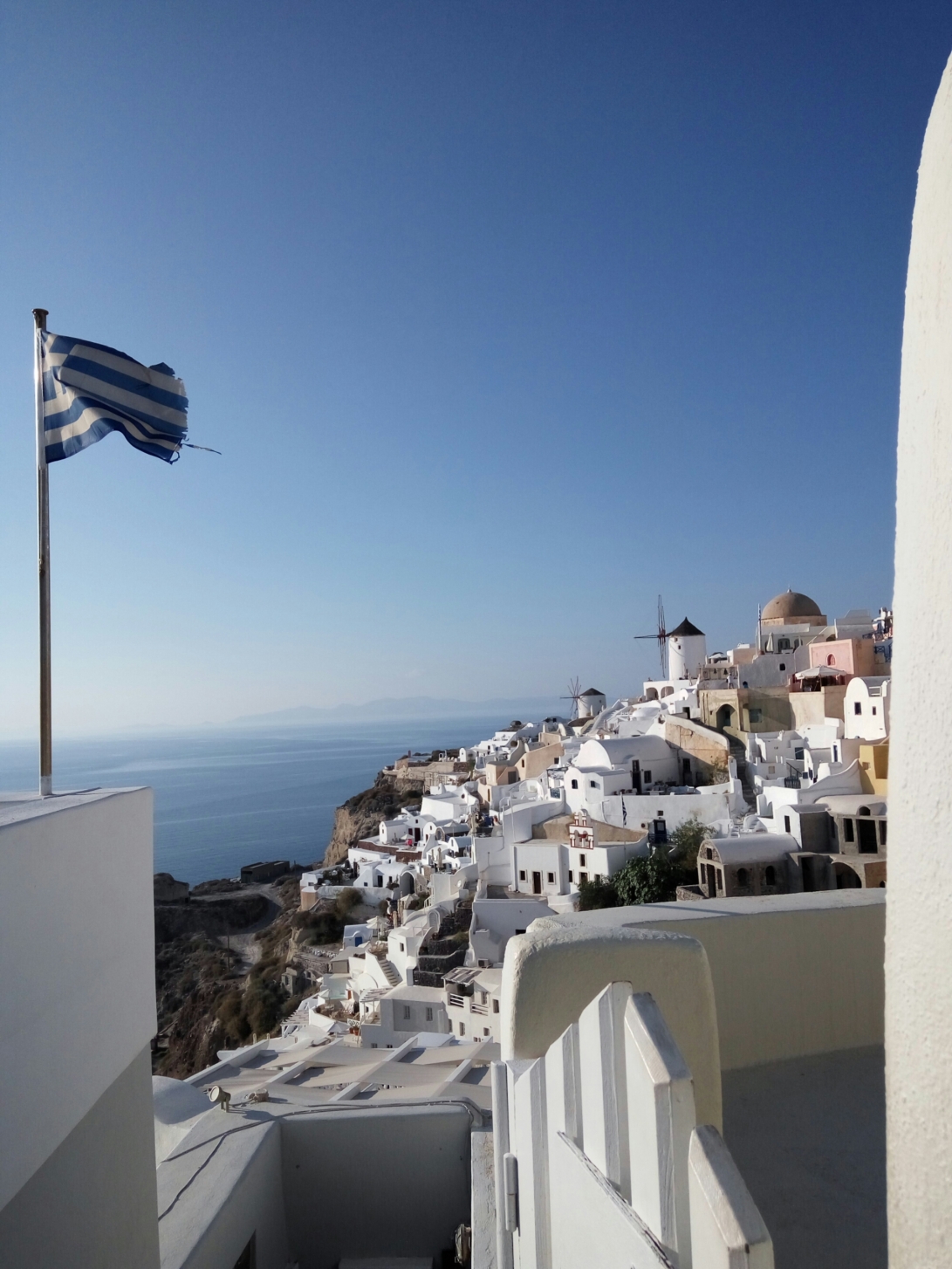 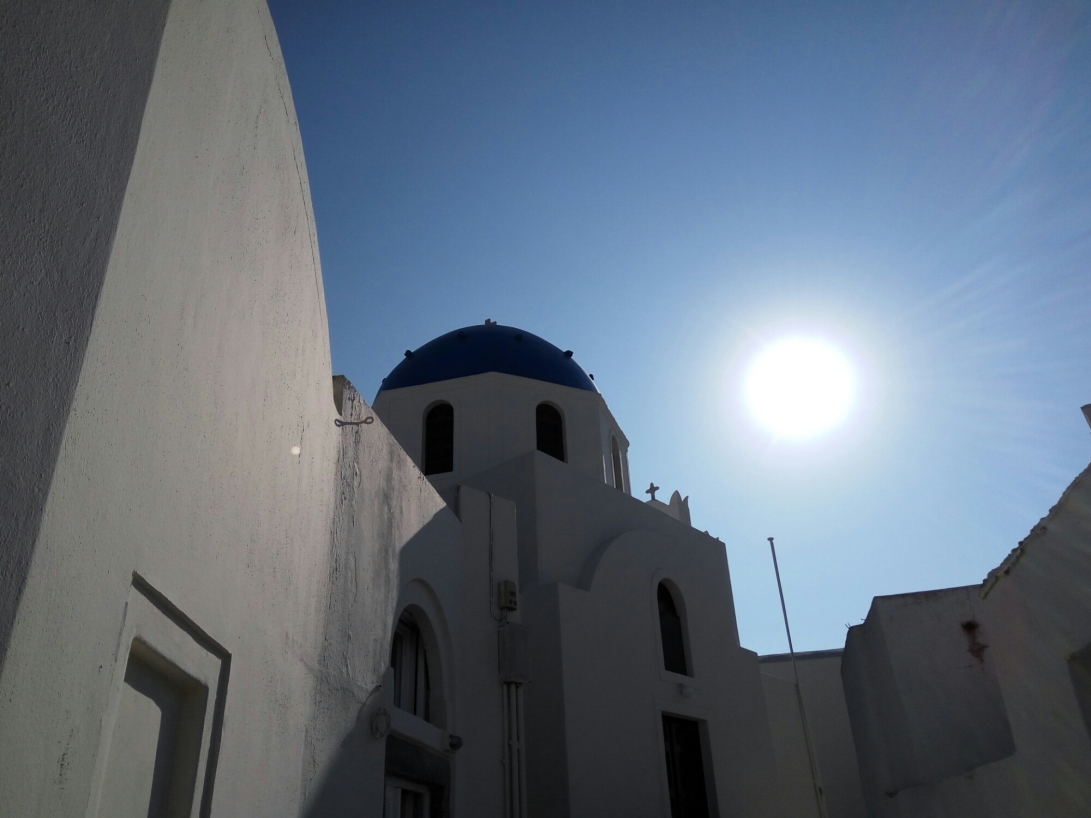 In order to explore the other nearby islands, we booked a boat tour on our second day. The the tour included a quick climb up to the Caldera, the volcano at the center of the group of islands, and a stop in Thirassia, a nearby island with a small town of only a total of 150 inhabitants. The view from the Caldera was breathtaking because it was at the center of the group of islands. At the peak, we marveled at the panoramic view of all the towns that sit on the edges of the main island. Following the climb, we were brought to the back side of the Caldera where were able to swim in the hot springs by the volcano and take advantage of the sulfur-rich water. 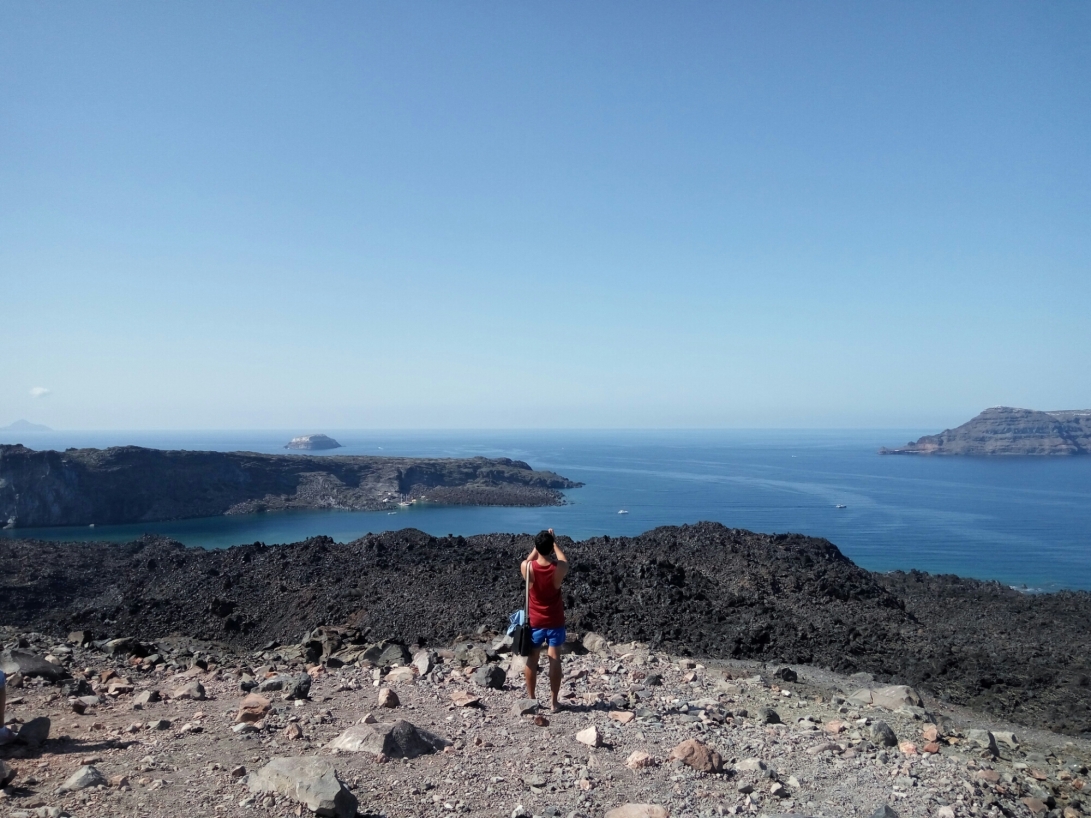 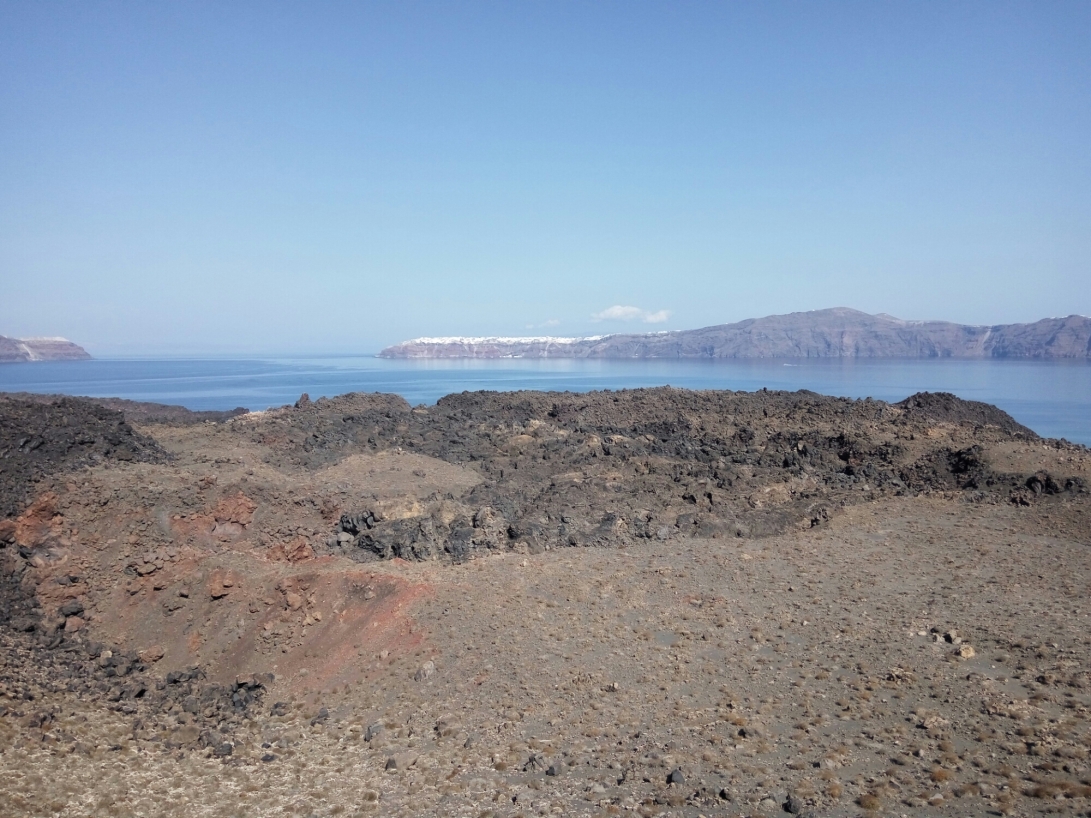 By noon, we docked in Thirassia and had lunch. There we ate THE best lamb kebab I’ve ever tasted! We also had fresh seafood. It was the best meal we had during the entire trip. I still daydream of that meal sometimes. It was that delicious. 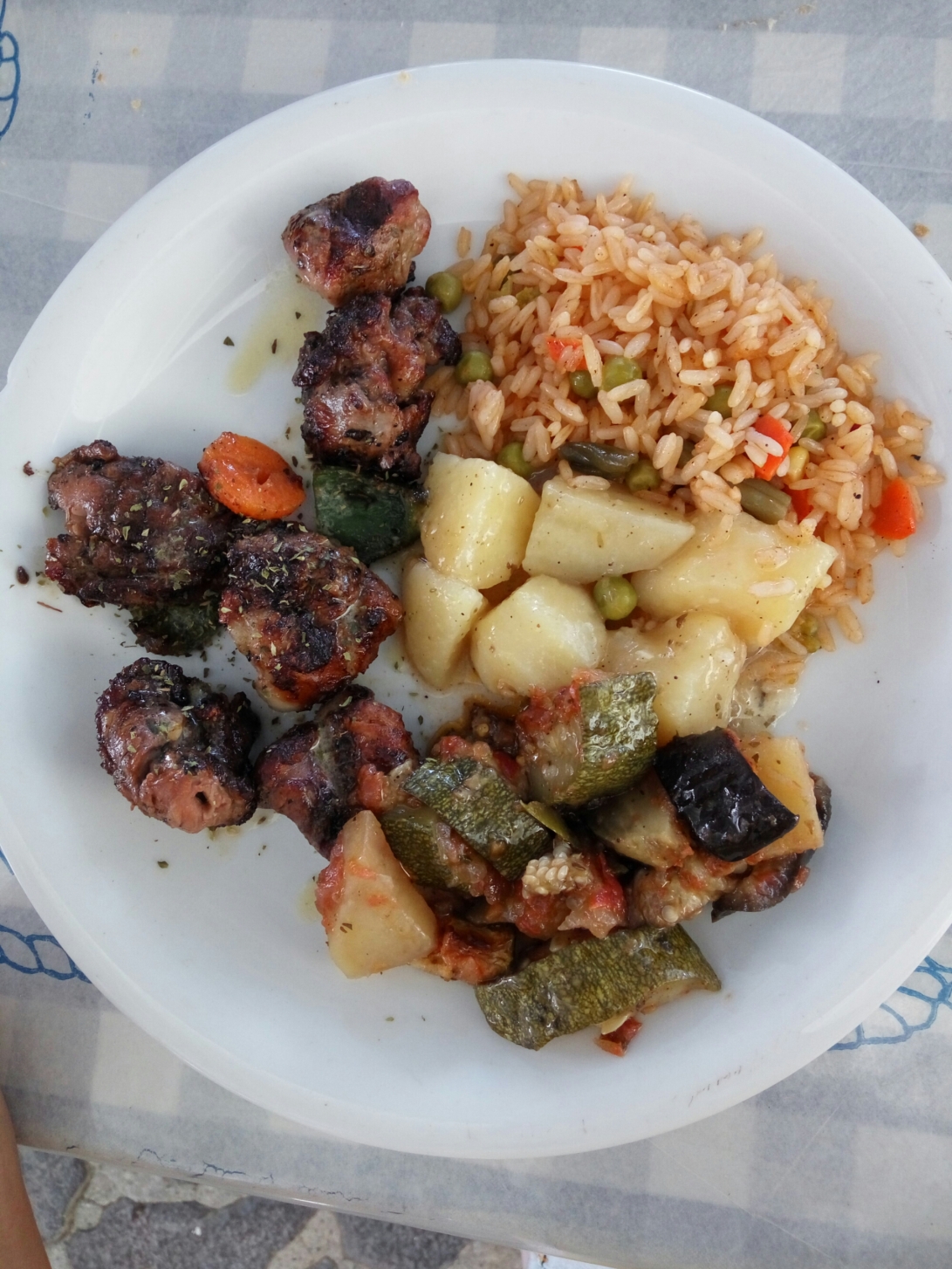 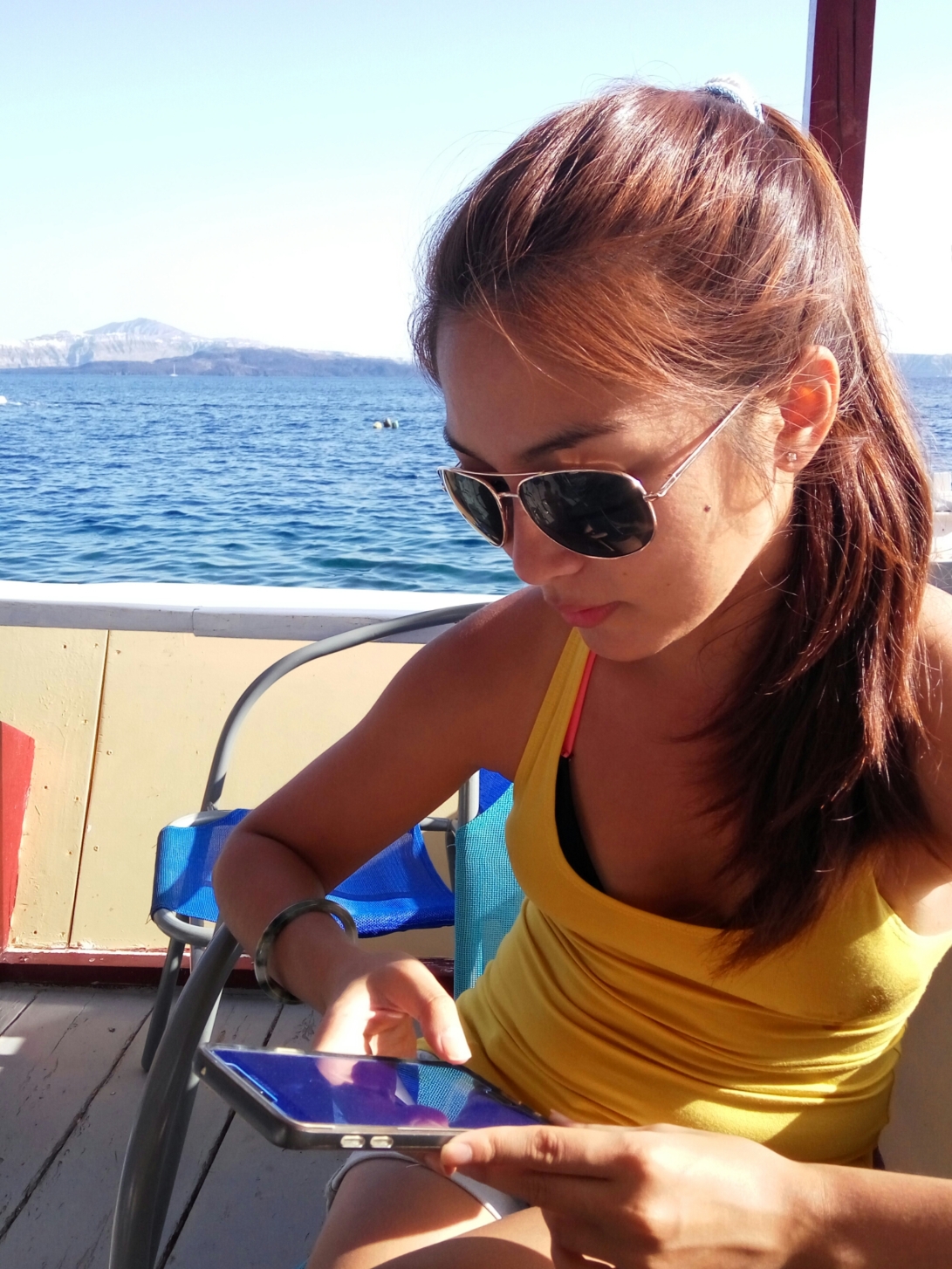 The tour ended in the port of Oia, just in time for the sunset. Pocholo and I found a cozy spot in a local restaurant and had a glass of wine while we watched the sun disappear into the horizon. 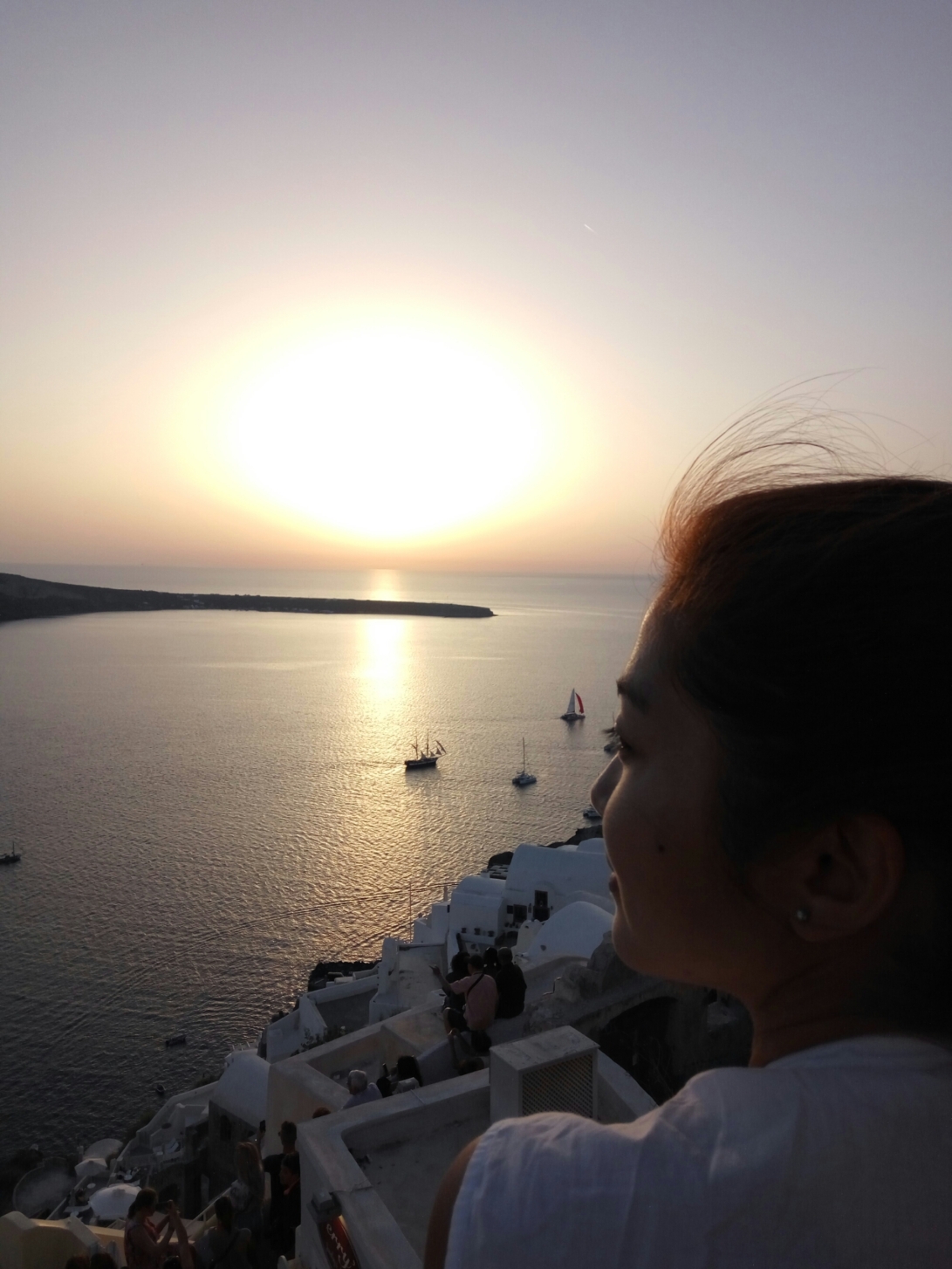 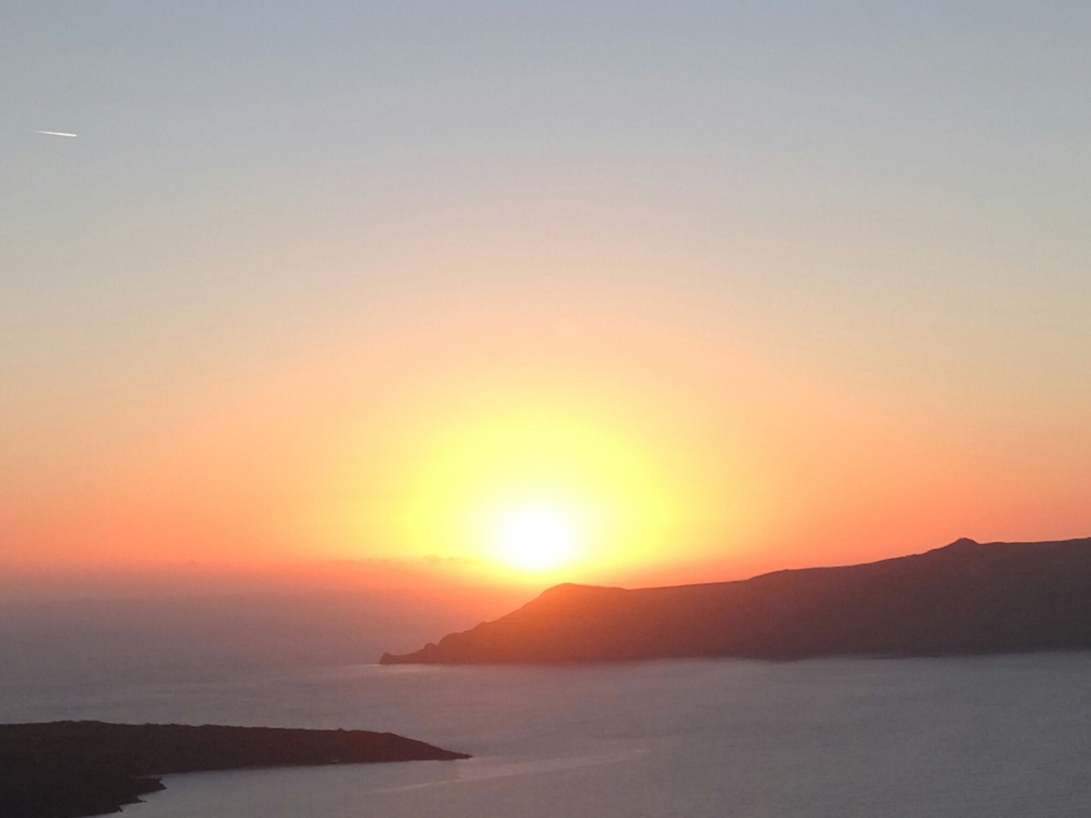 The rest of our remaining days in Santorini were spent indulging in local Greek food (which is just sooo good, really), and traversing through the small shops in the towns of Oia and Fira. When our vacation ended, we came to the conclusion that some other time in our lives, we would be back. Both Athens and Santorini were amazing places and we still feel like there’s so much more to see, discover, and EAT in Greece. I don’t know when that will be, but I can’t wait!

One thought on “First Stop, GREECE!”